Established in 1990 in memory of Cynthia Krieser.
These awards are made annually to first-year composition students who exhibit outstanding writing skills.

This annual award is open to all students with freshman status in WRIT 100/101 or WRIT/LIBA 102 courses during the calendar year of 2016. Work should be submitted that was completed during the student’s freshman year, even though they may no longer be a freshman student at the time of the award selection. Nominations may be made by individual students and/or W&R teachers of record for coursework submitted by one of their freshman students in the calendar year 2016.

Nominations should be submitted here via our website. Nominations may be self-nominations from individual students or nominations from instructors. Submissions should be in .doc, .docx, .odt, or .pdf formats. Please submit only one piece of writing to be judged (instructors may submit one entry per section taught). Nominated writing will be verified with the student’s instructor to ensure it was completed during a first-year writing course; all submissions will be checked against the SafeAssign database.

Nominations must be received by January 1, 2018. Awards will be announced by the end of January 2018, and the student will be recognized at the annual University Awards Day in April 2018.*

Recipients of the Cynthia Krieser Award for Outstanding Freshman Writing will have their names added to the award plaque on display at the Department of Writing and Rhetoric; they will also receive a commemorative award and $400.00 (processed through the student’s University bursar account).

The Cynthia Krieser Award for Outstanding Freshman Writing is presented by the Department of Writing and Rhetoric. The award recipient will be chosen by a committee of W&R instructors and writing center consultants.

Kelsey Lock is an early entry student in the School of Pharmacy, a Provost Scholar, and she was on the Chancellor’s Honor Roll in fall 2014 . She began her coursework at Ole Miss in fall 2014, and 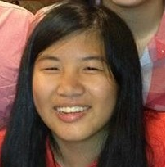 the essay for which she was given the Cynthia Krieser award was written while she was a student in Ms. Shanna Flaschka’s WRIT 102 course.

The Cynthia Krieser Award for Outstanding Freshman Writing is made possible by an endowment fund known as the Cynthia Krieser English Award Endowment fund, the purpose of which is to honor in perpetuity the late Cynthia Krieser and at the same time recognize outstanding first-year composition writing. This fund is open to and shall accept gifts from persons, estates, organizations, and any others who desire to make a gift and each gift, when made through the University of Mississippi Foundation, shall be fully tax-deductible. We invite email inquiries, directed to the director of the Department of Writing and Rhetoric; at  rhetoric@olemiss.edu, with Krieser Fund in the subject line.

* Awarded essays may be published in the annual edition of the W&R Best Practices Guide as exemplars of student writing using Creative Commons licensing; however, no publication will be made without the written consent of the student.