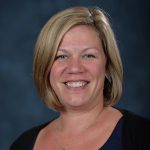 Claire Mischker is the director of The Graduate Writing Center as well as a lecturer of Composition. She earned her Bachelor’s and Master’s degrees in English from Winthrop University in South Carolina and completed her Ph.D. in English at the University of Mississippi with a concentration in Modern American Literature. Her literary research focuses on gender theory in the novels of William Faulkner, and she has participated in various regional, national, and international conferences on Writing Center theory. She has worked in Writing Centers at both Winthrop and UM and has been working extensively with graduate writers since 2013.